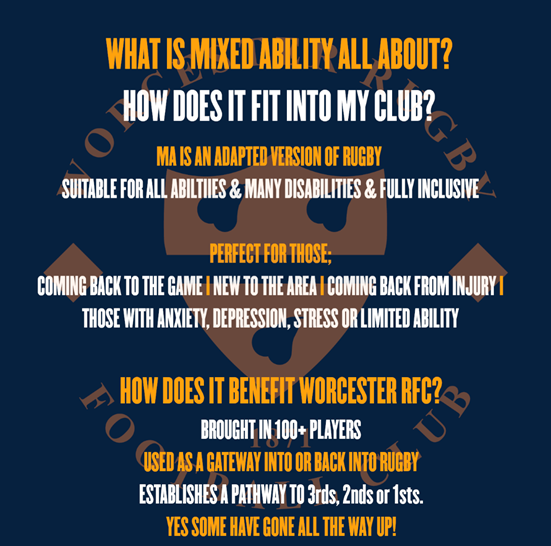 Worcester Mixed Ability was formed in 2016 by AJ Mills after being inspired by the Swansea Gladiators, the oldest MA side in the world. We had played them numerous times and AJ was inspired to create a similar vehicle for people of all abilities to play rugby in Worcester. Along with help from Adam Law & Nick Lee the team was established and they brought on board coaches James Swain and Tom Reeves.

In 2017, the team helped support the Shropshire Stags at the 2nd ever IMART (MA World Club Cup) where 10 members of the Worcester squad accompanied them to Spain and together came 5th in the competition, the top ranked English team.

Since then, Worcester have continued to grow providing a welcome to players new and old as well as a pathway for players new to the area or coming back to the game. Players are able to find the best level for them to play, whether it be with Mixed Ability or to work their way up the levels from 3rds, to 2nds and even a handful have made the 1st team squad.

The programme has brought in over 100 new players to the club and the team were awarded Team of the Year by the club as well as ‘Most Welcoming Club’ in Worcestershire in 2019. This season 3 players were also selected to play for the MARIS (MA Barbarians in essence) at The Principality Stadium including brothers Charlie & Theo Prince and player/coach Tom Reeves.

Worcester MA's mission is to provide a safe, welcoming, inclusive space for all those willing to play and provide a platform to get the most of whatever ability you have.

All questions are welcome. Drop Head Coach Tom Reeves an email on tv.reeves1@gmail.com or take a look at our team web page

For those interested in attending a session, we train Tuesdays & Thursdays during the season 6-7pm and in the Summer, 6-730pm. 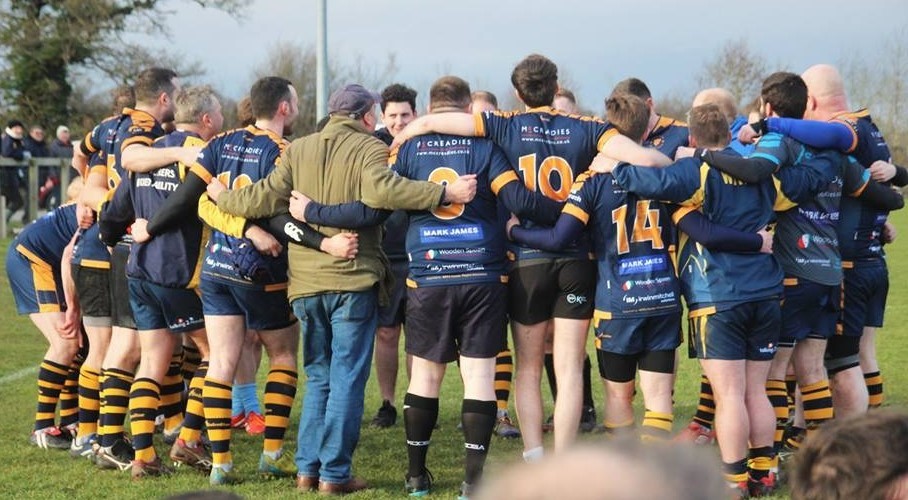 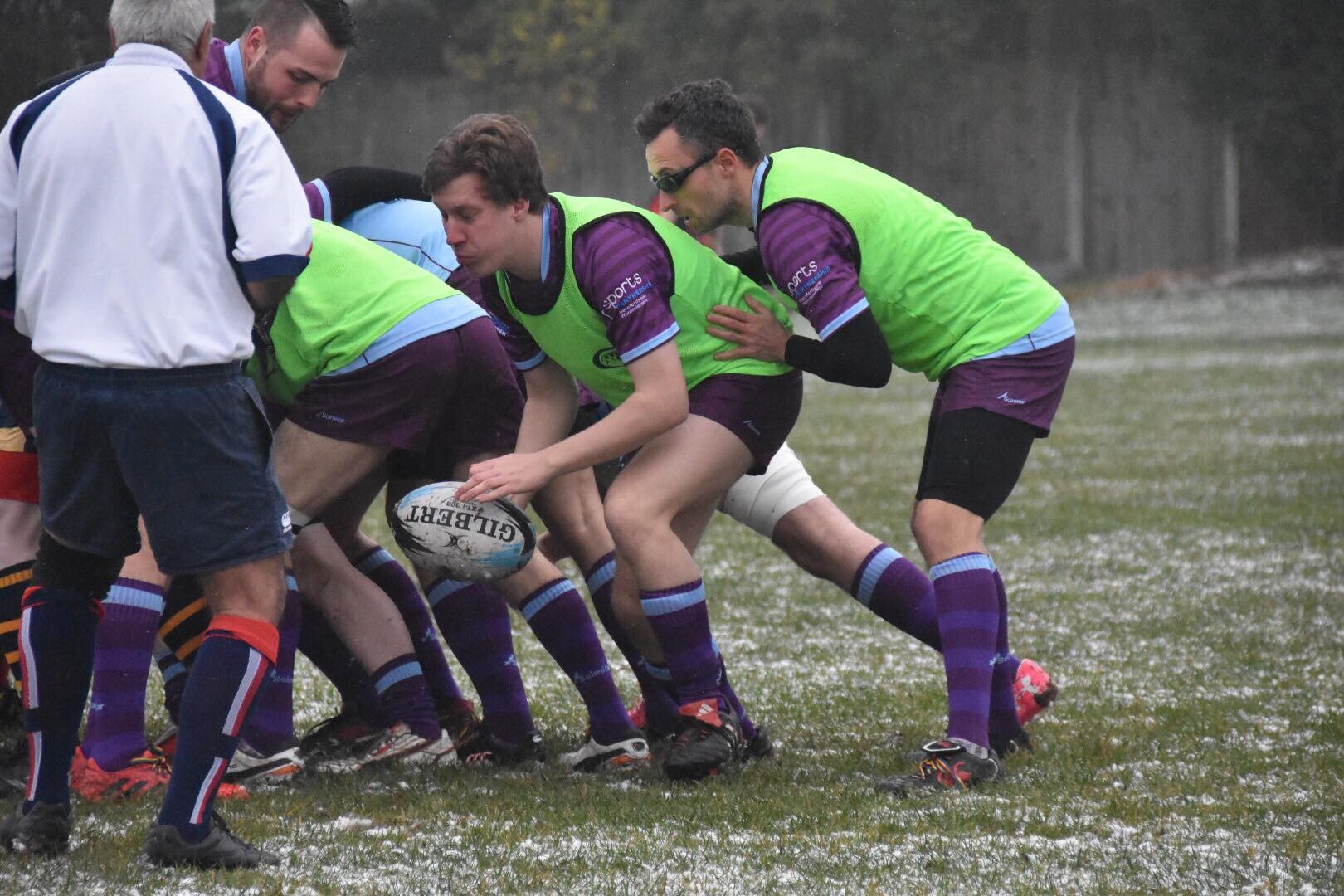 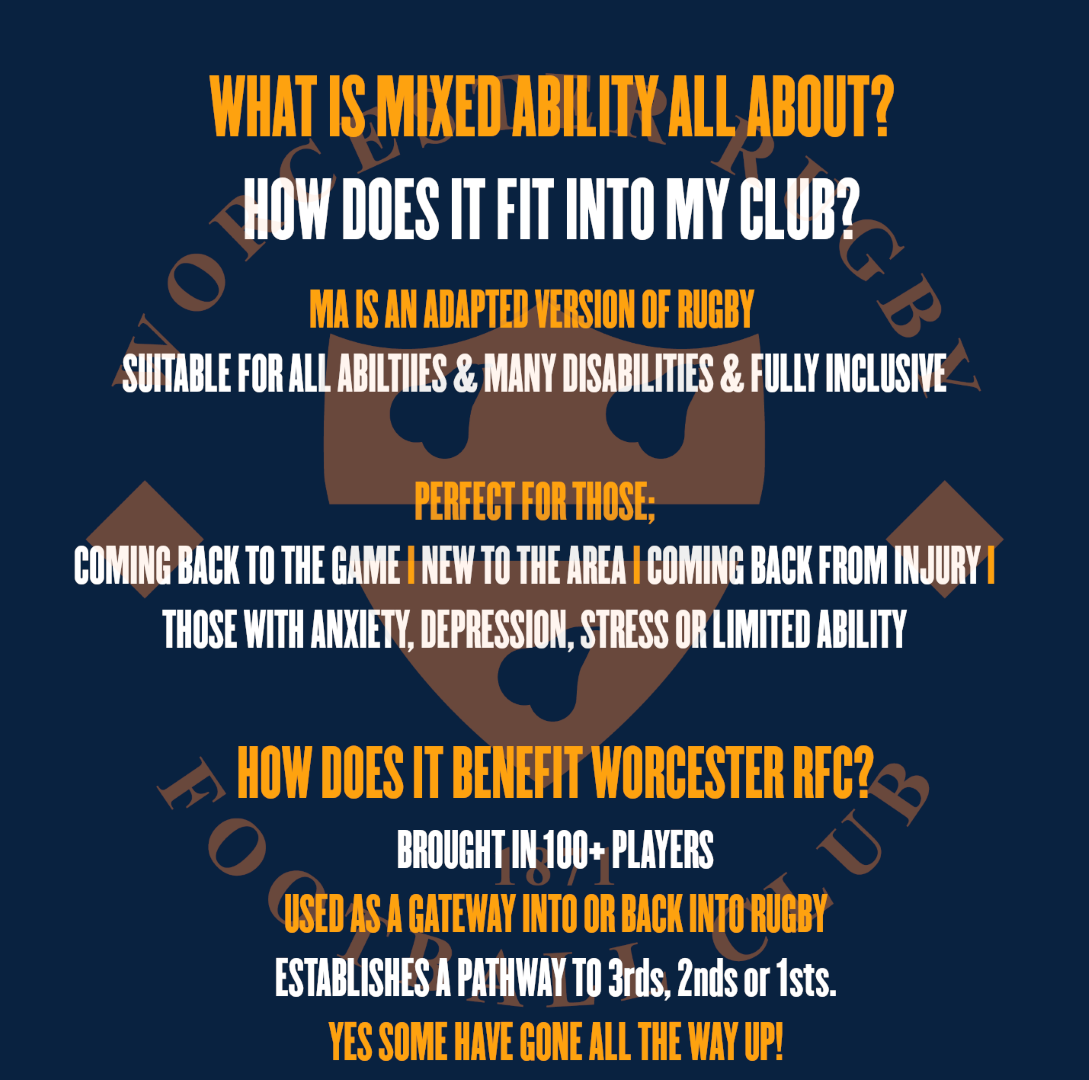