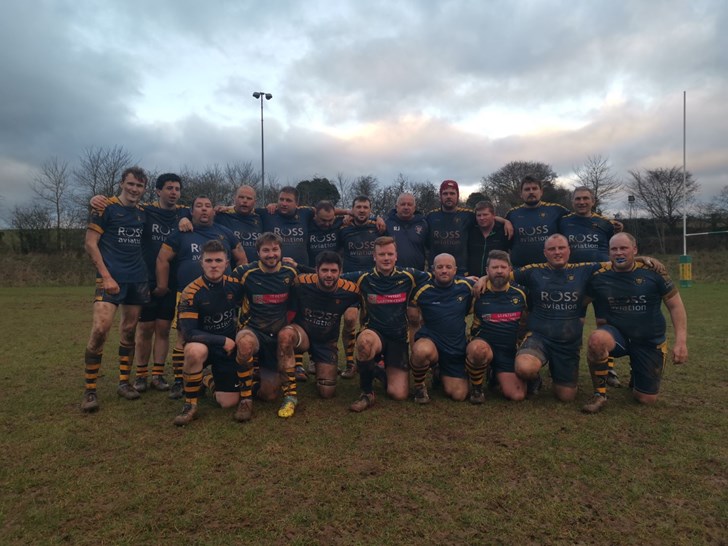 Bromyard 22 – 25 WorcesterWorcester displayed true grit and determination to pull off a hard-fought victory, in what’s been call their best performance of the year, to win 22-25 away from home at Bromyard.

The 3rds got off to a flying start with two unconverted scores. First Dan Cousins rampaged through the defence off an attacking scrum to score with the tips of his fingers. He was quickly followed by James Lauchlan who bulldozed his way down the touchline to score in the corner. Bromyard then took the lead with two converted tries of their own. Worcester retook the lead through Alex Wennen who was bundled over the line by his fellow team mates. Seeing out the first half with a 14 – 15 lead.

A well worked try early in the second half saw Bromyard regain the lead once again at 19 – 15. After sustained pressure on the Bromyard try line by the Worcester forwards, Lauchlan called for the ball on the blind side. A combination of deft footwork and brute force, beating multiple Bromyard defenders, saw James go over for his second score and a mouthful of mud. The visitors taking the lead once again 19 - 20.

It looked like Worcester had snatched defeat from the jaws of victory when Bromyard slotted a penalty to make it 22 – 20 in the dying moments of the game. A brilliant swerving run from Ally Higgins saw him cross the whitewash under the posts to score the winning try. Apparently, this was still not close enough for a successful conversion. The forwards game management skills saw them close out the game in the last couple of minutes, counting the clock down by forcing Bromyard to reset their scrum. The whole Worcester team put in a match winning performance and came away deserved victors 22 – 25.

Captain Nath Munden was obviously overjoyed by his team’s performance but was unable to utter a single quote that could be printed. Dan Cousins put in a Man of the Match performance carrying the ball well all game and topped off by a brilliant try. DoD was well earnt by the boot of Niall Jones.